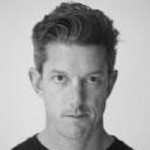 To honour World Press Freedom Day, the screening of Eric Matthies' acclaimed documentary Killing the Messenger: the Deadly Cost of News. Eric will provide an introduction to the making of the documentary, to be followed by a Q&A session with the audience.

Murder is the leading cause of work-related deaths for journalists as censorship increases worldwide. In addition to those who have been killed, dozens have been attacked, kidnapped, or forced into exile in connection with their coverage of crime and corruption. Journalists reporting from Mexico, Russia and Iraq tell their own stories of kidnapping, intimidation, and beatings. They’ve experienced the loss of colleagues in the field and have been close to death themselves. Their stories are heartfelt, captivating, engaging and at moments – unbelievable. In December 2006, the UN Security Council unanimously passed landmark Resolution 1738 which demanded greater safety for journalists in conflict areas and called for an end to impunity for their killers. Since the UN resolution was passed, over 300 news media workers have been killed, while more have been imprisoned or have simply disappeared while on the job. Countless others have been intimidated into self-censorship or have gone into exile. If no story is worth a life, then why is murder the number one cause of journalists’ deaths worldwide?