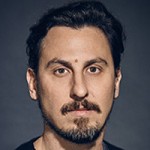 Brazil has recently seen the biggest anti-corruption investigation in its history: Lava Jato, or Operation Car Wash, which resulted in the arrest of hundreds of politicians and business figures, the fall of one president, and the imprisonment of another. But since June 2019, The Intercept Brasil has published a series of exposés - largely based on leaked phone text messages - exposing corruption at the core of the anti-corruption investigation.

Leandro Demori, the executive editor of The Intercept Brasil, has stated "We immediately realised the obvious public interest that this material had because it revealed several illegalities and the unethical actions from the Lava Jato prosecutors and the judge Sergio Moro. So we decided to publish this material for its authenticity and value for the public."

Leandro will be joined by The Intercept Brasil managing editor Andrew Fishman.