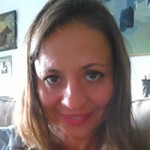 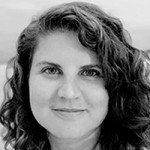 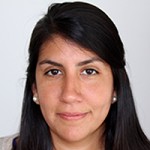 When the so-called fourth wave of feminism was just emerging, back in 2013, Portuguese data journalist and designer Mariana Santos decided to create Chicas Poderosas, a network of women journalists in Latin America. Inspired by a mentorship program she benefitted from at The Guardian, she wanted to set up a global net of women helping each other to learn new skills such as data journalism, coding and design. Since then, thousands of women have been trained in digital skills and leadership by other women at Chicas Poderosas in 18 countries across Latin America, as well as Spain, Portugal, and the United States.

What is even more remarkable is that the network has now evolved into a space where women journalists from diverse backgrounds, skills and origins come together to create collaborative multimedia stories, push for gender-equal content and report on issues that would otherwise be underrepresented.

They have created one of the largests collaborative networks of women journalists, won prizes and published their stories in dozens of national and regional outlets.

In 2018, they produced a regional investigation on abortion in Latin America, winner of the best workflow innovation prize at the Hack Hackers Media Party. El Mundo, in Spain, Univision, Infobae Argentina, used the content to generate notes. They have now finished Historias Migrantes another investigation on migration on women and non-binary people in Latin America, hailed by migration experts. Chicas has also organized several national mediathons where collaborative, interdisciplinary journalistic projects are created and are later published.

Is there a truth as Christa Scharfenberg, CEO of the Center for Investigative Reporting, says to the stereotype that women often bring a more collaborative approach to leadership?

What have these women done to defend the idea that “when women are not making the news, you lose 50% of the story"?

This panel will explore how feminine collaborative journalism impacts newsrooms, content and policies, as well as the inspiring methods used in Chicas' global collaboration work.